Cellino San Marco is located in the south of the province of Brindisi. The name and the coat-of-arms of the Municipality, which depicts an olive tree, symbolise very well the riches of this land: in centuries passed the countryside of Cellino was dedicated to growing the “Celino”, a quality of olive defined in this way in Greek because of the black colour of the fruit. Still today the economy of these areas is mainly based on agricultural products: in addition to the production of extra virgin olive oil, wine producing is also highly appreciated: of particular value is the selection of Negroamaro, Malvasia Nera and Primitivo grapes which, processed skillfully by the local wine producers every year create wines that are appreciated all over the world. Wineand music, in this land, combine in an ideal marriage. This product has inspired the many songs of Albano Carrisi, an illustrious citizen of the small community and an ambassa dor of Puglia all over the world. The wealth of these places are also espresse by beautiful locations such as the Bosco Curtipetrizzi, the remains of the Oritana forest, which is home to numerous varieties of animals and plants, or contrada Mea, 2 kilometres from Cellino, where, near the fine old Farmhouse interesting archaeological artefacts have been found dating back to the Roman period. Even older artefacts have also been found in contrada Li Veli, an oak wood near the De Viti de Marco, built in 1888, which is also known as Villa Neviera because they managed to store snow in its rooms even in the summer. The same villa was also used as a preferred refuge for King Vittorio Emanuele III during his flight from Rome at the end of the second world war. Moving around the historical centre of the municipality, we cannot help but admire the ancient Palazzo Baronale and the old Town Hall, while it is the Cappella di San Marco, today the church, home to the cemetery, which is the religious and spiritual reference point of Cellino. Of considerable importance and artistic value for the centre is also the Chiesa di S. Marco Evangelista e S. Caterina d’Alessandria d’Egitto, with its side naves containing valuable paintings. Attachment to religion is very strong here and manifests itself above all on two occasions during the year: on the 25 April the feast of “Santu Marcu picciccu” is held, always accompanied by the more pagan Fera te li “cavaddri”, the cattle fair: on 25 November on the other hand the feast of “Santu Marcu Rande” San Marco Grande, the Feast of the Patron Saint, is celebrated.

Cellino San Marco has always been a land of wine producers and the economy of the area is based, above all, together with oil, on the local productions of this precious “nectar”. So, we can find the DOC wines: Squinzano, Salice Salentino and Brindisi and the IGT wines Salento and Puglia (red, white and rosé).

The territory of Cellino San Marco is situated in the DOP Olio d’Oliva Pugliese area called “Terra d’Otranto” and thanks to the local Cellina, Saracena, Ogliarola olives from the Lecce and Salento areas, an Extra Virgin Olive Oil is produced with a delicate and fruity flavour, a veritable brand of the house. 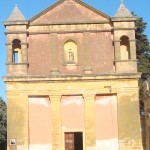 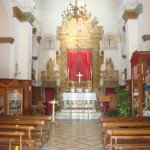 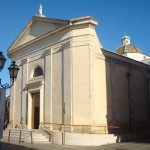 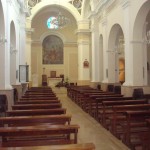 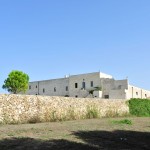 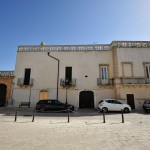 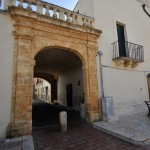 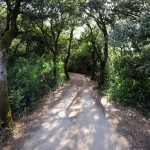 Al Bano Carrisi [Cellino San Marco, 20th May 1943] italian singer, author and actor; author of some famous songs such as Nel Sole, Felicità, Ci sarà and some others.

Romina Power [Los Angeles, 2nd October 1951] is an american TV woman, singer. She is Al Bano’s ex wife, they have been a couple in several songs and movies, too.