Located in the centre of the Salento peninsula, the municipality of San Pietro Vernotico is part of the Parco del Negramaro. The oldest monumental testimony today present in the town is the Torre Baronale (Baronial Tower), also known as the Torre Quadrata (Square Tower). One of the most important traditions of the village is profoundly linked to this structure: the Festa dell’Asta della Bandiera. In fact it was said that from here it was possible to sight the invading Turkish invaders in time, and organise the defence of the town. On the Sunday after Easter this episode is remembered in a procession that crosses the historical centre. Particularly interesting points are the very central Chiesa Madre dedicated to Santa Maria Assunta dating back to the XV century and the Church of San Pietro Apostolo, a fine example of Seventeenth century architecture rebuilt on top of a previous medieval building. On the journey between the two churches there are many points of historical and artistic interest. Certainly not to be missed are the characteristic Case a cannizzu (houses with cane walls) of via San Pietro, simple white-washed stone and clay dwellings. More splendid on the other hand are the Liberty style buildings in via Stazione: the former rural bank, built at the end of the 1920’s, and Villa Valletta, built around 1910. Just a few kilometres outside the town we find Campo di Mare, a charming seaside resort characterised by clay cliffs and the almost constant north wind which makes it a pleasantly ventilated place. Domenico Modugno, who took his first steps as a singer in San Pietro Vernotico, spent most of his life in the streets of the little town.

DOP oil, DOC wines, IGP brindisino artichoke. The economy of San Pietro Vernotico is mainly based on agriculture. In particular the most important products are wine, oil and above all artichokes. This is the land where the IGP Brindisimo Artichoke is grown which is unique for being harvested early and for its tenderness, as well as for its excellent organoleptic properties and cooking versatility.

January Feast of Saint Abate and lighting of the “Focara” (17th January).

February Torchlight procession in honour of the Madonna of Lourdes (11the February).

May Feast of the Madonna di Pompei (During the month).

June Feast of the patron saint, Saint Pietro Apostolo (29th June): preparation for the feast starts on 19th June with the procession of the statue of the saint from the mother church to the church of Saint Pietro Apostolo. On 28th June a solemn procession is held which marks the beginning of the three days of the town’s celebrations.

October Feast of the Madonna di Sanarica (During the month).

December Fair of the Immacolata and feast of the pittule (8th December). 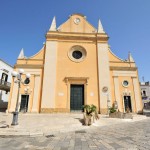 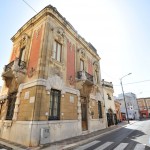 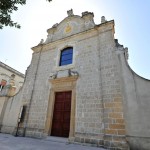 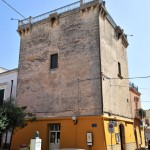 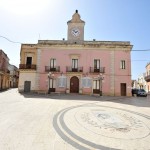 Domenico Modugno (Polignano a Mare, 9th January 1928 – Lampedusa, 6th August 1994) was a singer, a guitar player, an actor, a director and a politician. He lived in San Pietro Vernotico from his childhood to his adolscensce, after his father’s transfer as municipal guard head. His main success in the world is Nel Blu Dipinto di Blu (known as Volare), written with Franco Migliacci and sung during the Festival of Sanremo in 1958. This song launched him in the show business. In 1963 the autobiographical movie “Tutto è musica”, mixing reality and fantasy tells about his adoloscence in Puglia.

Andrea Pancani (Naples, 30th July 1961) a journalist and TV showman, teacher, too. He lived in San Pietro Vernotico from his childhood up to his transfer to Rome.